Make the Most Out of Existing Tank storage

One-Tank uses satellite and cellular tank monitors to deliver data that enables you to tap into unused tank capacity for field storage.

Using One-Tank, you can fill field storage tanks in warm weather when prices are low to create year-round fuel availability for customers.

Retain Customers and Future-Proof Your Business

With One-Tank, your customers only pay for fuel used each month, and never run out during peak winter usage, or natural disasters.

Creative, friendly people dedicated to our customers and to producing innovative ideas. 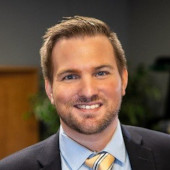 Brian is an influential innovator and motivator in the technology and propane industries. He has experience and in-depth knowledge in all aspects of production and management.

Brian received his BA from Missouri Baptist University before launching successful positions in the ministry as well as the hospitality and hotel management fields.

As CEO, Brian understands that people are the real value of a business.   He has worked his way through the ranks at One-Tank, gaining valuable knowledge in all aspects of production and management. 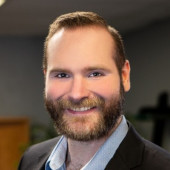 Andrew is a proud St. Louis native and honors graduate of the University of Missouri - St. Louis. He brings ten years of sales and sales management experience to One-Tank.

Andrew became interested in software engineering as a young man, attaining a technical certificate in computer information systems as a junior programmer.   In college, Andrew found another passion in health and fitness when he changed his life and lost over 200 pounds.   He helped thousands of others take control of their health while working in the weight loss industry, and during that time he found his love for sales and for teaching and managing others.

Now Andrew is happy to have returned to the software industry and looks forward to a future that he and the rest of the team at One-Tank will build together. 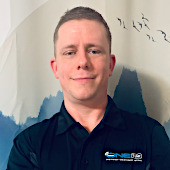 Dan has a successful career in production management and business operations.   He owned and operated his own successful businesses in the previous decade before moving into manufacturing and production roles.

Dan's studies at Ohio State University were selected specifically for his business and personal development.   He is also an over certified dive instructor and has written, illustrated and published two books. 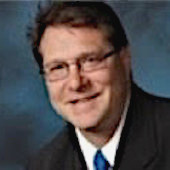 James is our Office Administrator and has over 25 years in the country club management field.

Having worked all over the United States, from California to New York, as well as Alabama, Colorado, Washington, Oregon, Nevada, Georgia and now Missouri, James' experience lends itself to billing, budgets and most importantly, people. It is this special skill that hallmarks the One-Tank principal, that it's all about relationships. 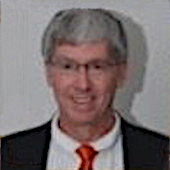 Kevin (Kip) Bowe is a long-time St Louis family man, engineer, and business person with over 40 years experience in electronics manufacturing and testing, as an individual contributor, manager, and leader.

Kip has notable expertise in test strategy, new product introduction, technical marketing, and technology management; in technologies such as data acquisition and control, board testing, RF and Microwave, Lightwave, and Automatic Test.

Kip is comfortable working with both small and large customers in North America, Europe, and Asia-Pacific. He also has a cute puppy named Immy who sometimes comes to work, too. 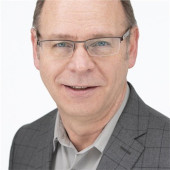 David Stewart is our hands-on Project Manager and representative stationed in Canada, with over 30 years of telecommunications experience, he brings a wide range of knowledge and expertise to the One-Tank team.

David graduated from BCIT (British Columbia Institute of Technology) as an electronics technician and has worked all around the world in places like Kuwait, China, Africa, Mexico, Dominican Republic, United States and Canada.   David brings a great skill set to One-Tank and is a welcomed addition to the team.

At One-Tank there are opportunities to challenge yourself and learn new skills while working with other highly motivated people.

One-Tank values diversity & personal development. We are an equal opportunity employer. Employment at One-Tank is based solely on a person's qualifications.

To find out about our career opportunities, please contact us at:
info@one-tank.com

In our professional lives as well as our personal lives, we all have shared goals -- to be healthy and to have the time and resources to engage with family and community.
At One-Tank, we believe that maintaining strong work-life balance is critical to staying happy and productive.
info@one-tank.com

We've seen tremendous growth during this past year, and we're just getting started.

Our team is setting the standard for putting people first while providing great service and constant innovation for our worldwide customer base.
info@one-tank.com

Learn how companies use One-Tank to build stronger relationships with their customers and improve the way they do business.

Just a note to inform you that SkyTrackers™ are the greatest thing since sliced bread.   I get numerous notifications per day of 10%+ drops, which indicates 100 to 400 gallons per notification!! We are taking care of several new commercial contractor high-volume users this year with no strain on the drivers or equipment.   Heating degree days are down 12-15%, yet December and January will be our 4th and 3rd best months ever, respectively, and we are not stretched by making unprofitable trips, nor paying excessive overtime.   Our assets are being properly deployed as a result of using over 150 SkyTrackers™ for these accounts.

Dear Mr. Humphrey,
My name is Richard Noack and I have been with Western International Gas & Cylinders, Inc. for about three months now.   I have been taking care of the SkyTracker™ system.   I have only been with Western for three months and we just started using the SkyTracker™ System.   I did run into some of your sales people at the Texas Propane Gas Association show in Austin, TX about three weeks ago.   I did not ask them any questions because I did not have any but they were very polite when I did talk to them.   I did some research on the SkyTracker™ system and I called the Tech Support Group.   The person there was very helpful.   As far as your accounting and credit department, if anyone has called, they probably would not have talked to me.   Overall, I am very pleased with the SkyTracker™ system and we just placed an order for 10 more units.

I would offer that our experience of SkyTracker™ has been very positive.   The installation and the website use are extremely easy and user-friendly.   We had experience with a two-piece telephone dialing system previously, and believe me when I say, there is no comparison! The battery life of your system well exceeds that of the phone system's batteries (in fact, we haven't had a low battery alert with your system yet!).   We are planning on replacing the telephone systems currently deployed with your systems as soon as the batteries go out again.   Continued success to you! Be assured, we will be increasing our use of your systems as our business grows.

With operating cost on the rise, we were looking for ways to be more efficient with our fuel deliveries.   SkyTracker™ gave us that option.   Our trucks can now deliver more gallons per stop.   SkyTracker™ has also been a great marketing tool for gaining new business.   The customers like the fact that they are protected from leaks as well as running out.   They also like being able to log on to the Internet to read their percentage and track their usage.   SkyTracker™ has helped our business to be more efficient.

Every experience with One-Tank has been a good one.   The product is excellent and effective and when you add the courteous professional staff, it makes it a pleasure to do business with them. 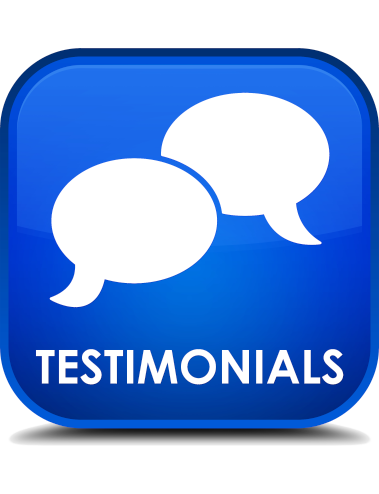